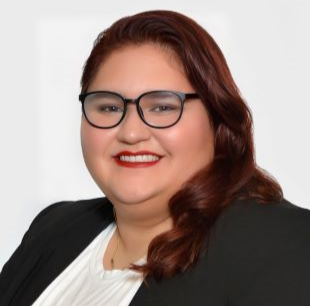 Mariana joined the firm in 2021. She is currently an Associate Attorney. She attended the American University Washington College of Law in Washington, D.C., where she obtained her Juris Doctor in 2019. Before law school, she resided in Georgia and received her undergraduate degrees from the University of Georgia in Athens, G.A. with Bachelor of Arts degrees in Journalism and Political Science.

Mariana is admitted to practice law and the bars of the District of Columbia and is a member of the American Immigration Lawyers Association (AILA). Mariana is fluent in English and Spanish. Prior to working for the firm, she worked as an immigration law clerk and an associate attorney at a small immigration firm in Virginia, where she primarily represented families and individuals before U.S. Citizenship and Immigration Services.

Mariana originally hails from San Juan, Puerto Rico. She currently resides in Montgomery County, Maryland with her partner, her two cats, and her dog.

BACK TO OUR TEAM

Get in touch with us:

This resource is under development. Thank you for clicking on it as it means this area of our web site is of interest to you.

Please subscribe to our email notices and you will be notify of its availability.